It is a nonsense / Niels Shoe Meulman 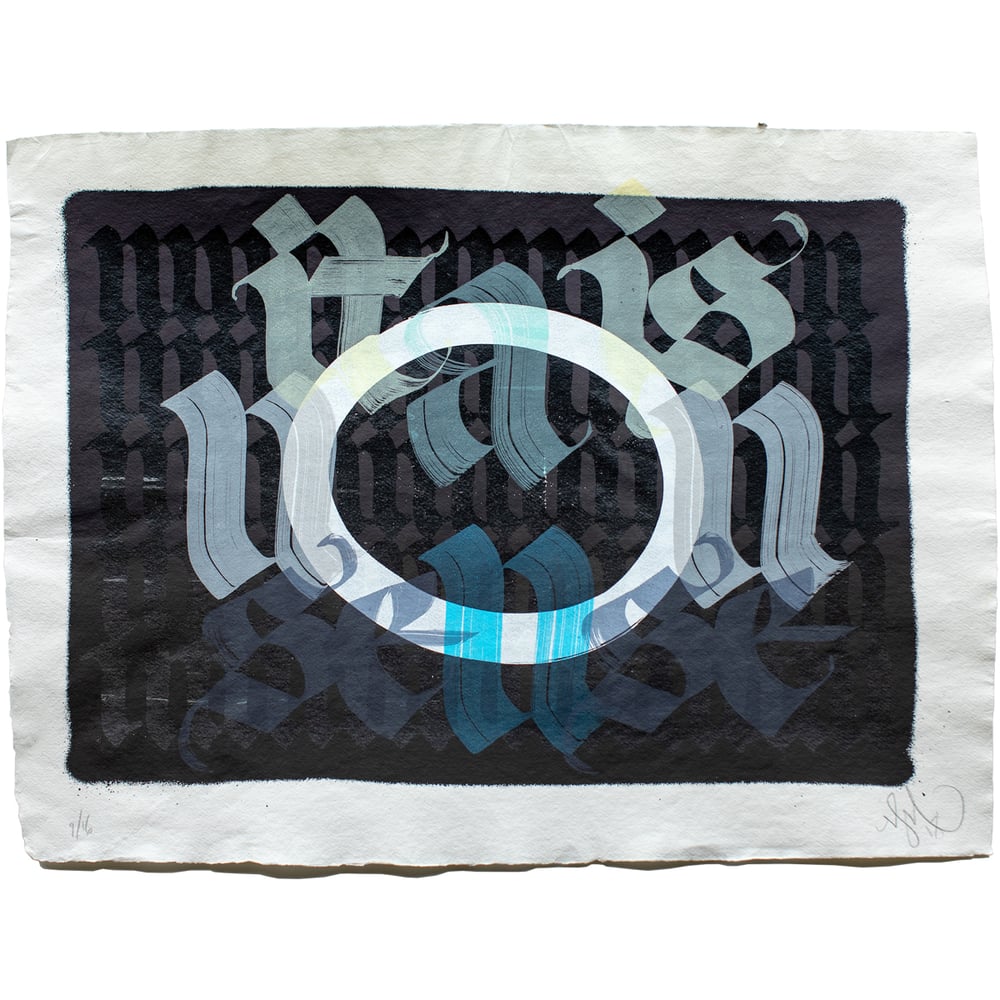 'Last month I was invited to do an artist-in-residence in Rome. My excellent hosts were gentle and friendly. Sensitive and sensible. Except when driving their Smart Turbo in Roman traffic. ‘Look at the tourist buses… It is a nonsense!’ People parking wherever they want… It is a nonsense!’. This became a running gag and a fitting answer to almost every topic you can think of. Even life itself. It is a nonsense.

Together with master printer Arturo, I experimented, writing the letters and combinations directly onto film and using the same screen for different colors. Split fountains in matte opaque and glossy transparent inks. Mixing metallic inks in the colors, all that good stuff. And how about that handmade pink paper with rough edges all around? I found some sheets hidden in a drawer of a small art store in Trastevere.'
- Shoe

Niels Shoe Meulman (1967) is a visual artist, known for his gestural paintings which reveal vivid traces of graffiti and calligraphy. He revolutionized the art of writing when he initiated the Calligraffiti movement, claiming ‘a word is an image and writing is painting’.

Being a graffiti pioneer from Amsterdam, Shoe tagged along with New York counterparts like Dondi White, Rammellzee and Keith Haring in the 1980s. Equally influenced by abstract expressionist painters and pop artists, he gradually found a unique way to translate street attitude to galleries and museums.

Experimenting within the traditional medium of paint-on-canvas, but also unafraid to venture into other domains like conceptual installations and poetry, Niels Shoe Meulman keeps pushing the limits of the global urban contemporary art scene.